It’s always fun to change plans on the fly. This morning when I woke up I checked the comments on FarOut to see if there was a water cache at this trail junction up ahead. With no cache, I would do a mellow 17-mile day and then be forced to walk 1.5 miles off trail to a water faucet, stealth camp near, then do a 16.5-mile water carry the next day (my last day). With the cache, I could fill up, continue walking until dusk, dry camp, and then just fill up after a 10-mile hike the next morning. No extra miles to the faucet, and fewer miles to do on my last day. To my surprise, someone had just left a cache at the junction in the morning and left 5 gallons for public use. The trail provides.

Once I had the plan in place, I was in a hurry to get there in case it ran out. I had 6 miles until my first water source which was a hand pump at a drive-in campsite. Getting there proved to be a pain (literally) because my left post-tib started hurting again. I told myself I would just tape it up like I did on the PCT and I’d be able to do another 2 days like that. Once I got to the campsite, it was tricky to figure out how to use the pump on my own. After deciphering the instructions from multiple comments on FarOut, water was flowering, and was able to camel up before the cache 11 miles away.

The time just flew by. I was in awe at the views of east Lake Tahoe. It also helped that I was going downhill the entire time alongside a ridge. With clouds in the sky, a breeze the entire afternoon, and nobody else on the trail, it made for an amazing hike.

I made it to the cache around 5:30 PM. A bit later than I had wanted. I sat there for maybe 15 minutes nursing on water, topping off all my bottles, and filling up water bladder. Eventually, the time came for the hardest part of the day, a 5.6-mile climb up Spooner Mountain with 12 lbs of water on my back.

The ascent was surprisingly not too bad. I had a ton of energy after my break at the cache and was just pumped at the fact that this would be my last hard climb of the entire hike. During the last hour I listened to Madeon’s Coachella set and by the time it was done I was at the top. I felt victorious and also felt like my hike was already over. I set up camp, ate, and then once I realized my battery bank didn’t have enough power to charge my phone, I went to sleep with the intention of getting up earlier than my past few days to finish my hike of the Tahoe Trail. 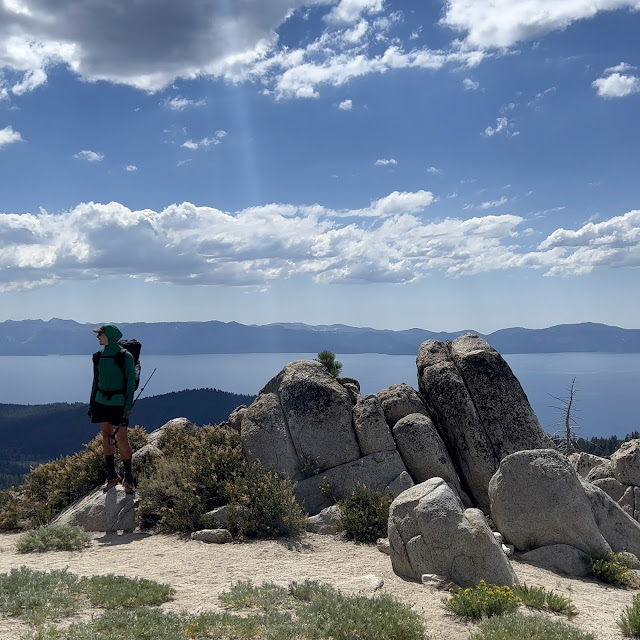 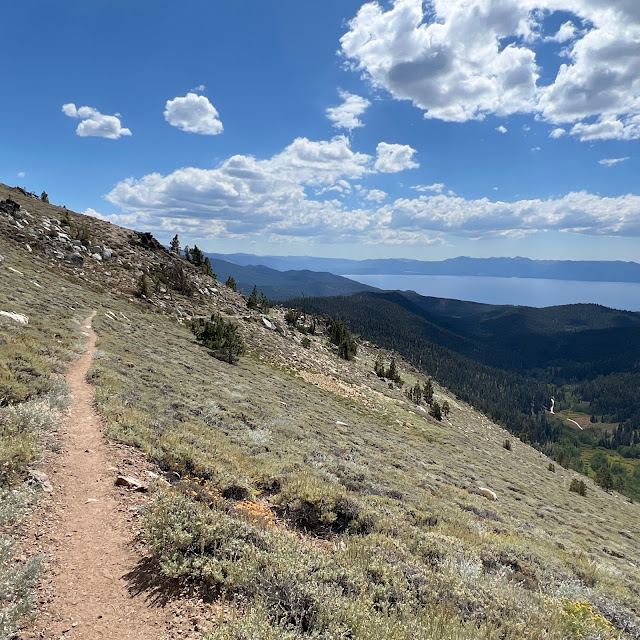 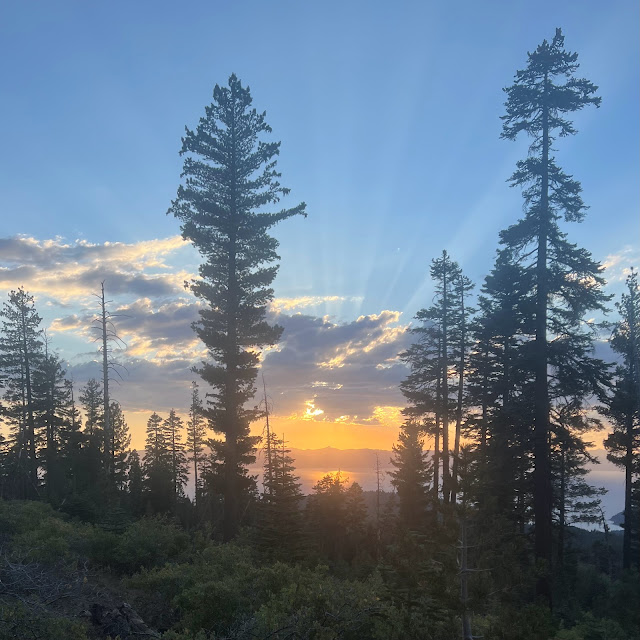 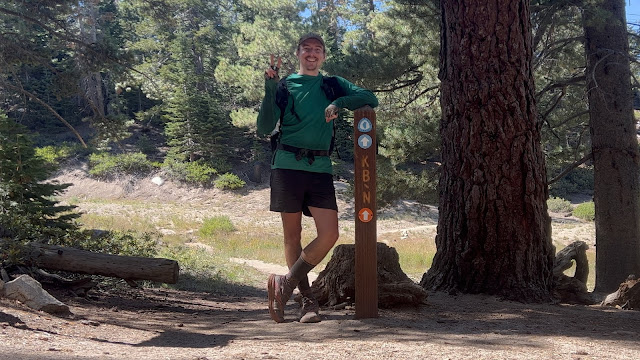 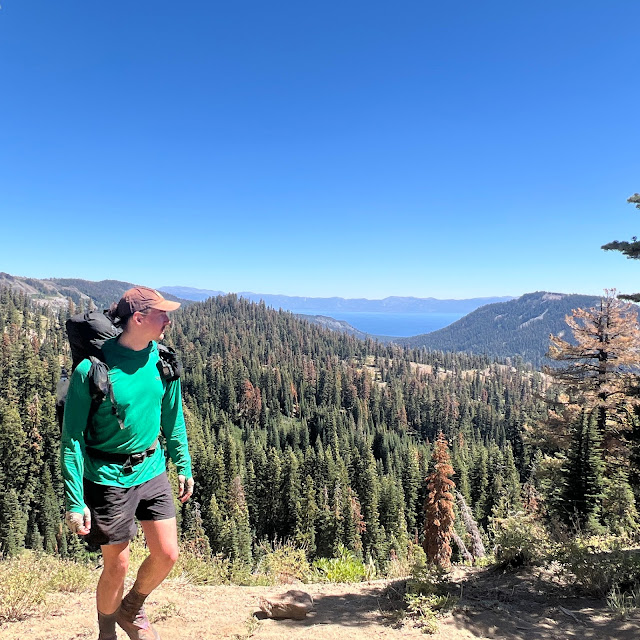 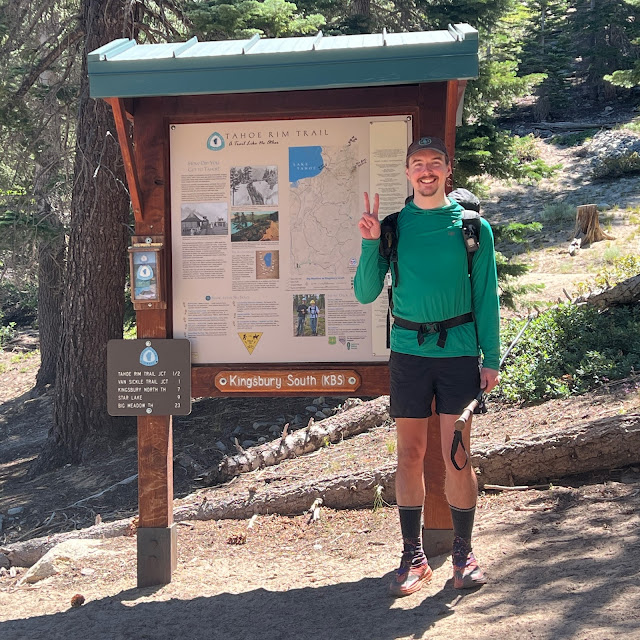